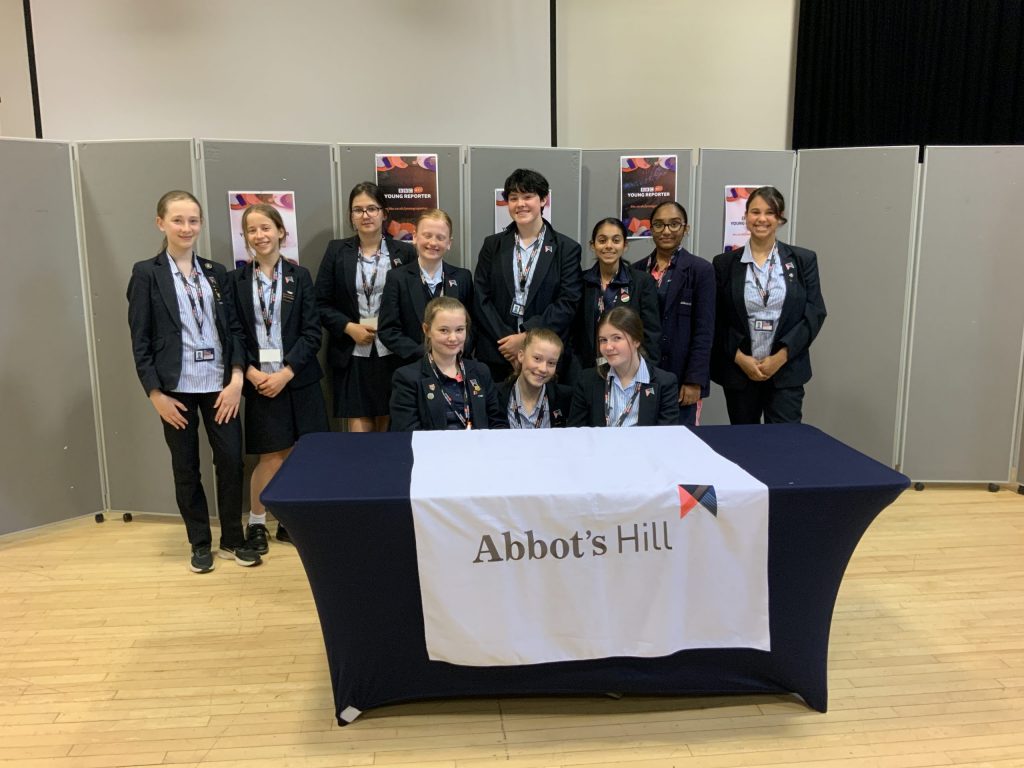 On Thursday 27 May, a select group of Year 9 pupils took part in the BBC Young Reporter Day where they shared their news reports and the most recent news stories of the day.

The BBC runs this event annually to encourage more teenagers to get involved in the news and television industry. It is a UK-wide scheme aimed at students aged 11-18. The reports are accessible to people worldwide. To take part in pupils had to submit a letter of application to Mrs Ahmad, Head of Media Studies, outlining their preferred role on the team and explaining why they would be a suitable candidate for their chosen position.

Working together in a team of reporters, editors, camera women and presenters, the roving Abbot’s Hill BBC Young Reporters were able to film a total of seven reports on the day, and write a range of news articles. Some of the subjects included climate change, politics, poverty, feminism, animal testing and sponsored charity events.

The pupils interviewed a host of people for the reports and filmed and edited the video footage. In the run-up to the big day, the BBC Young Reporters would meet every Tuesday lunchtime from November 2020 till the end of May 2020 in order to discuss their progress and work further on writing and producing their reports.

Whilst BBC Young Reporter Day is usually held in March every year, this year for the first time it was delayed due lockdown and the Coronavirus pandemic.  Nevertheless, the pupils remained committed to preparing for the event and worked very hard to make BBC Young Reporter a success!