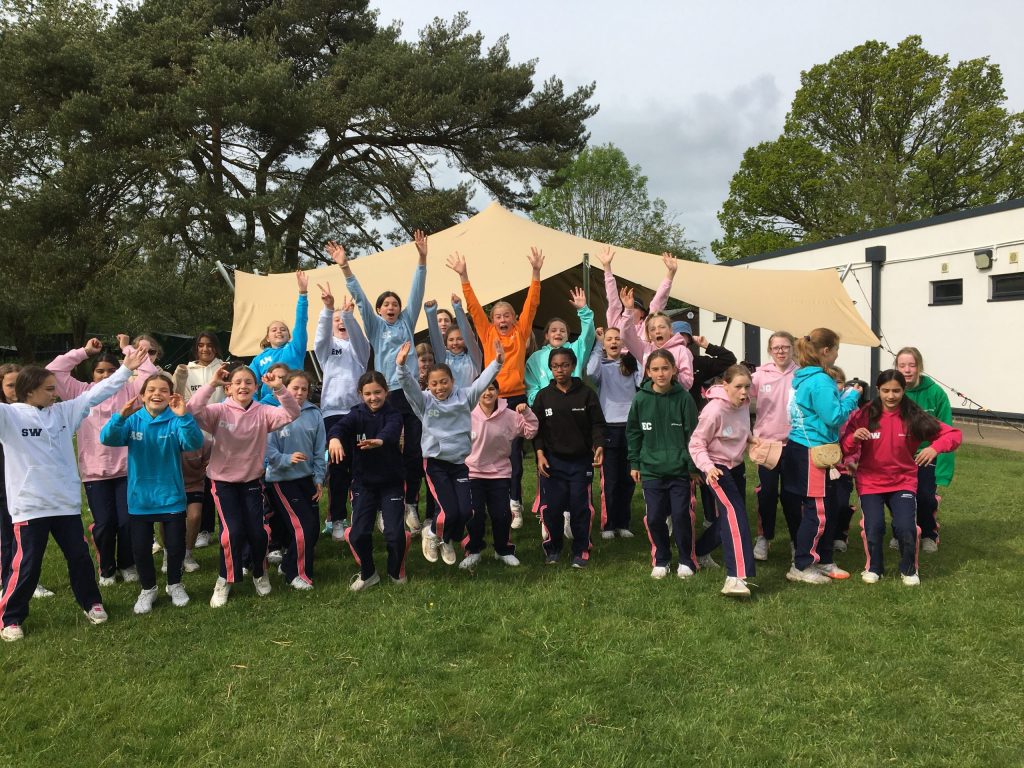 Last week was Prep Enrichment Week at Abbot’s Hill. This year it was an Olympic theme with pupils taking part in an opening and closing ceremony! Pupils had a chance to try lots of new activities including cheerleading, orienteering, obstacle courses and trampolining.

On Monday, the children were put in mixed teams within the Pre-Prep and Prep. They created their team name, flag and motto. These were then presented in the outdoor opening ceremony, attended by the whole of the Prep School.

On Tuesday and Wednesday, the teams participated in sports rotations, which included crab football, trampolining, badminton, cheerleading, obstacle courses and many more.

On Thursday, the teams planned, practised and performed their closing ceremony piece. There was such a huge range of performances, with some brilliant displays of teamwork and a lot of creativity involved!

As Year 6 headed off on a long overdue trip to Hudnall Park the rest of the Pre-Prep and Prep School participated in Drama workshops, Woodland School adventures, Orienteering challenges and the most talked about event, the inflatable giant slide and obstacle course that was right outside Mrs Gorman’s office!