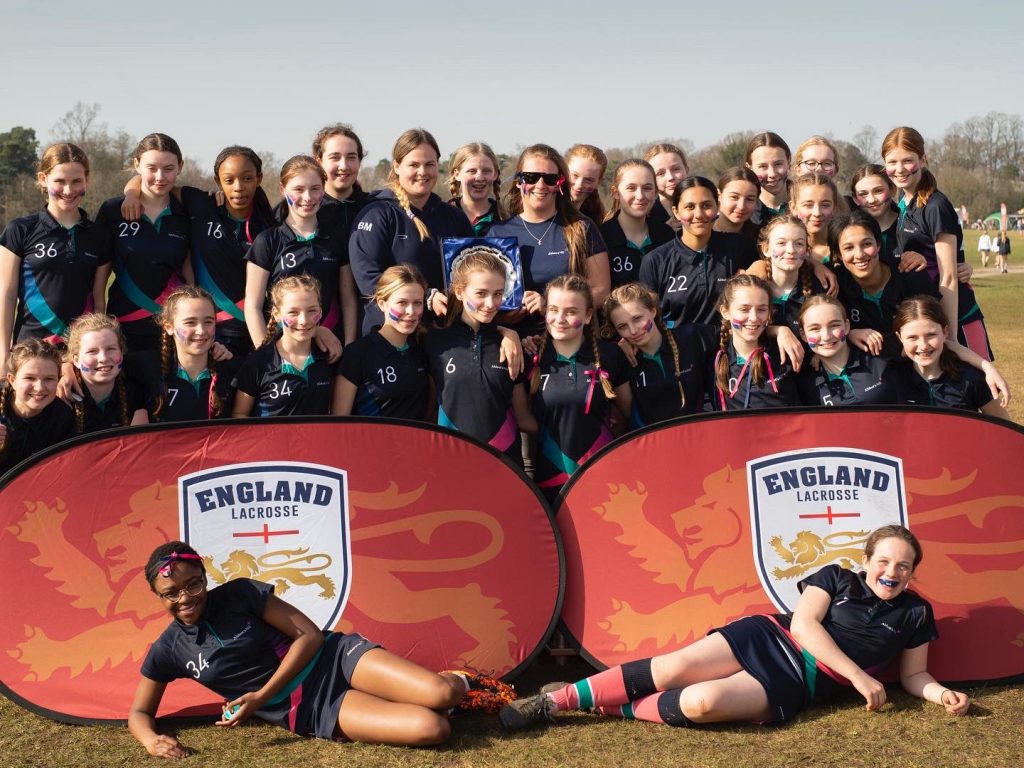 Abbot’s Hill have had a triumphant year at the Nationals School Lacrosse tournament.

Year 11 1st team were runners up in the Division 3 final, they played with such determination throughout all tournament stages. Success was a recurring theme as the U13 and U14 teams both made the quarter finals with some exceptional matches played.

We ended the tournament on a high as the Abbot’s Hill teams were awarded the inaugural Nicky Budd award by England Lacrosse. After demonstrating the England Lacrosse values of excellence, accountability, respect, integrity and teamwork across the 4 days at the National Schools. To receive this award is a true testament to the grit and spirit all pupils showed throughout the tournament, it was a joy to watch them play and have fun whilst doing so. We are so proud of them. What a fantastic end to their Lacrosse season!